An insurance policy that covers multiple people under a single contract is referred to as a group policy. In the term insurance category, such a policy is called a group term life insurance policy. Usually, these are bought by corporate organisations, co-operative societies, banks, and so on, for their members. As compared to an individual policy, a member of a group does not have to undergo a medical test to be admitted into a group policy. However, this condition is valid as long as the particular member is not seeking additional coverage and a sum insured amount above the default coverage provided by the policy.

The sum insured limit above which one has to undergo medical tests to be admitted into a group policy is referred to as the free cover limit in group term policies. Let’s learn more about the same below.

What is a group term life insurance policy and how does it work?

A group policy is headed by an individual known as the master policyholder; they are responsible for selecting the coverage that the members will receive. In non-formal groups, such as a co-operative housing society, for instance, the coverage may be decided unanimously. In formal groups, such as a corporate firm, the coverage may be determined primarily by the owner. The premium in such cases is deducted from the salary of the employee or the savings account of the member.

There are a uniform sum insured amount for each member in most group policies. In others, the sum insured, and coverage may differ as per the position of the employee within the organisation.

One beneficial aspect of group policies is that, unlike regular life insurance, there is no need for a medical test to be a part of the policy. However, many people are not aware that if one wants to increase their default sum insured amount under a group policy, then they have to undergo medical tests.

One of the most important aims of a group policy is to make life coverage accessible for everyone. The premiums of a group policy are, hence, lower than compared to individual policies. This is possible because a large group of people are receiving a similar kind of coverage, which increases the insurer’s business as well as simplifies things for them.

To ensure that everyone is treated equally under the plan, the free cover limit is decided. This means that members of the organisation are free to enter the policy as long as they are receiving the default coverage. In most cases, they do not have to pay any premiums as well. For instance, in most group term life insurance policies adopted by corporates, the premiums for the default sum insured are borne by the insurer.

Any employee (or member of the organisation) who seeks a higher sum insured above the free cover limit can do so by paying an extra premium and undergoing the relevant tests.

Let’s take an example to understand this better:

Mr Suresh, who recently turned 45 years old, is an employee of an organisation that offers group term insurance with a free cover limit of Rs 50 lakhs. However, Mr Suresh feels that, as his age advances, this amount may not be sufficient for his loved ones in his absence. He wishes to increase the sum insured limit of his term life insurance policy to Rs 75 lakhs. So, he approaches the HR department and conveys the same. The HR informs him that Mr Suresh would have to undergo a medical test to be eligible for this sum insured.

He undergoes the test, and as the test results show no signs of danger, he is able to opt for a sum insured of Rs 75 lakhs. He agrees to pay an additional premium regularly for the same.

A concept similar to a free cover limit for the sum insured amount also exists in relation to age. So, if an individual above a certain age limit (as prescribed in the policy) wishes to enter the policy, they would have to undergo a medical test as well.

Thanks for the support :

Flowers are the best Christmas present you can give your mother for these three reasons:

Here’s How Psychic Reading Can Help Your Life

Your Beginner’s Guide To Storage Rental In Singapore

Acne Problems And Finding The Best Facial Treatment: 6 Customer Situations You Should Know 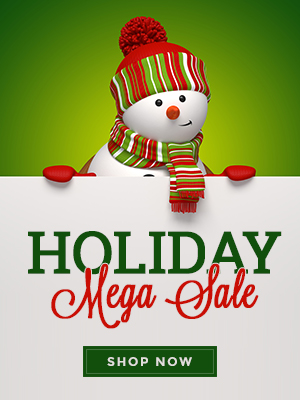